Youssri Helmy: How to Survive a Recession, a Dot-Com Crash, a Pandemic 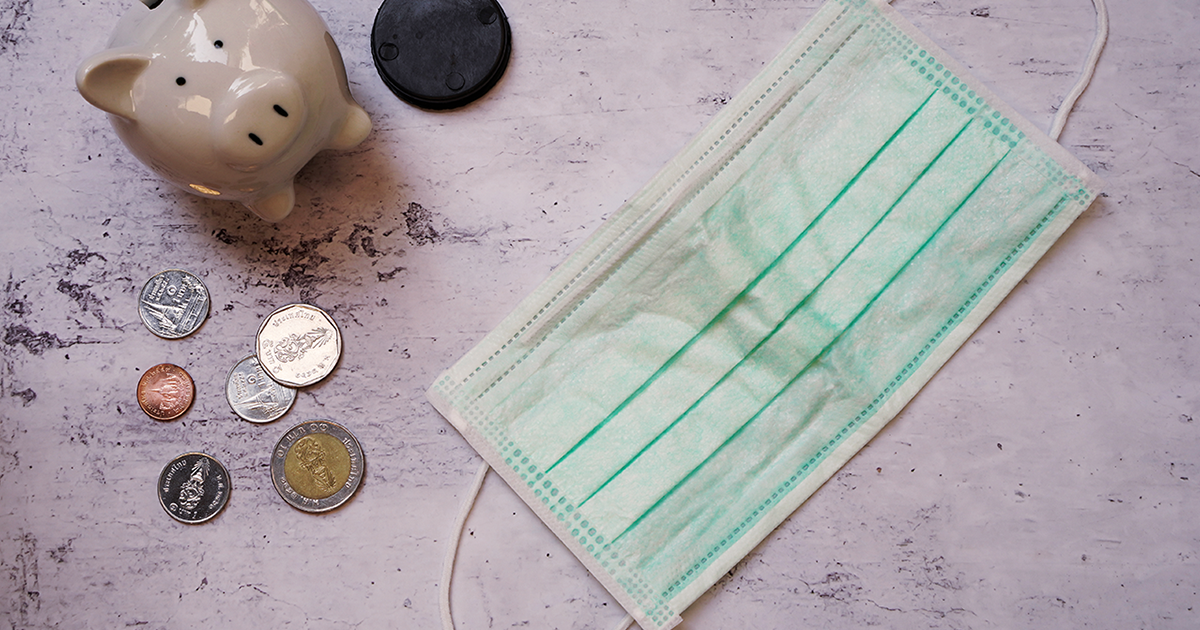 COVID-19 has shifted the world as we know it, putting many businesses at significant risk and prompting economic and lifestyle changes all over the world.

But while the current image elicits serious repercussions for the startup ecosystem, history shows that opportunities can rise from recessions and that for some startups, the only way from the bottom is up.

To help you understand what this means for your business, we spoke with veteran entrepreneur Youssri Helmy, whose journey not only involves successful startup exits and achievements, but also lends valuable insights on powering through economic recessions and market downturns.

Here are his tips on turning a period of anxiety into a period of rethinking and opportunity.

COVID-19 is a good time for startup founders to rethink their purpose. To Helmy, that means going back to the existential question of why you’re in the business in the first place.

“In the middle of the crisis, you want to see how far this wind is going to push you away from your path. Be ready to change what you thought were constants and axioms of your business. Nothing is fixed. It’s the moment of truth.”

Helmy advises startup founders to use mental models to solve problems. Mental models are frameworks that help people think to solve complex problems. First Principles Thinking, for instance, is a mental model concept that involves narrowing a process down to its core or fundamental parts and building it onwards.

Inversion is another mental model that involves approaching a situation from the end rather than the starting point, considering the outcome you’d like to avoid and removing it. If you want to drive innovation in your company through an inversion mindset, you need to be thinking about the things that could discourage innovation to avoid them.

“I would advise people to look at problems with the appropriate mental models. That helps a lot finding interesting and unconventional answers. This is a good time to rethink everything.”

When a crisis or a global panic occurs, people tend to stick to their cash—and the same goes for investors.

“Cash is king during a crisis. For founders, it means taking a dip on the dilution because the more money you raise, the more diluted you get.”

An entrepreneurial mentor, Helmy sees that founders worry too much about whether they should raise a specific amount of capital today or double it the next year so that their dilution is half.

“My counter argument is if you’re here, your dilution is going to be half, but if you don’t have the cash, you won’t be here.”

In 2007, IdealRatings, a financial services company, which Youssri founded and built, launched a new product for banks and financial institutions, coinciding with the recession that devastated financial and real estate markets.

After Helmy introduced the product at Citibank, the bank announced that it was laying off tens of thousands of people.

“I received one email back from one of the attendees saying [...] ‘we love your system, but no one in [that] room still works for Citibank anymore.’ Fifteen of the 20 people who attended this meeting were laid off.”

In 2008, while Helmy was giving a product demo in the largest local investment bank in Dubai, a dramatic crash was occuring in the stock market.

“The biggest single day-drop in the Emirates stock market was happening while I was giving the pitch. It was a crazy day.”

With zero sales and no signed accounts at the heap of the recession, IdealRatings worked against the tide, raised a funding round at the end of the year, earned a year ahead of balance, and worked on building the product.

“We had a reasonably good product that, after a year, became an awesome product. We started selling again in 2010. Sales came back slowly but surely. We were in front of the canon but we survived that one.”

The great recession was a challenging phase for many businesses, but to Helmy and his team, it proved that adversities can create opportunities for growth.

When a crisis hits, some sectors are more affected than others. Sectors including tourism, transportation, airline and retail are tremendously affected by the COVID-19 economy hit.

To Helmy, sometimes survival just means being on the side of the train, in the industry that’s least affected.

“I am advising some startups … who have to delay raising their next round. Some of them have to chop part of their team to survive which will ultimately impact their performance. [A startup’s] performance is not necessarily impacted by the disaster, but rather from the aftershock of the investors’ fear.”

The dramatic spread of COVID-19 happened faster than anyone expected. Many companies immediately began developing practical plans to clamp down on the effects of coronavirus on their operations.

ITWorx didn’t waste any time, either. They worked fast to build up their cash balance, and  equipped the building with health and safety measures. They also set a work-from-home drill and an option to work from the office based on some employees’ requests.

Whether it's putting safety measures in place, preparing your team to work from home, or shifting your business strategy, acting quickly is an important aspect of being able to survive a recession.

According to Helmy, companies are currently positioned on three sides of the spectrum. They’re either hit by the crisis directly, they’re in a neutral position, or they’re winners.

“If you look at the stock of Zoom, they’re a great example of a winner now. If you’re a winner, keep doing what you’re doing. If you’re in a neutral position, there’s a challenge because if your sales aren’t hit today, they might be tomorrow.”

To power through the COVID-19 phase, Helmy advises startups to raise capital, cut their expenses and survive, exactly like cockroaches who are rumored to survive nuclear explosions.

A serial entrepreneur and a software engineer with over 20 years of experience in product management, marketing and business development, Youssri Helmy is the founder and CEO of ITWorx, one of the largest software services providers in the Middle East with over 800 professionals.

In 1994, together with co-founder and veteran entrepreneur, Wael Amin, he founded ITWorx where they incubated and spun off startups including Otlob.com (now Orascom), LaserStorm (MBO), FileWay (MBO) and SwanLabs (now F5). After exiting ITWorx in 2007, Youssri co-founded IdealRatings, Roboworx, and Eonite Perception (now Intel). In 2019, he returned to ITWorx as CEO.

Youssri successfully led and exited several startups globally. He is an active member in the technology community in Silicon Valley and in Egypt. He has a B.Sc. in Electrical Engineering from Cairo University.