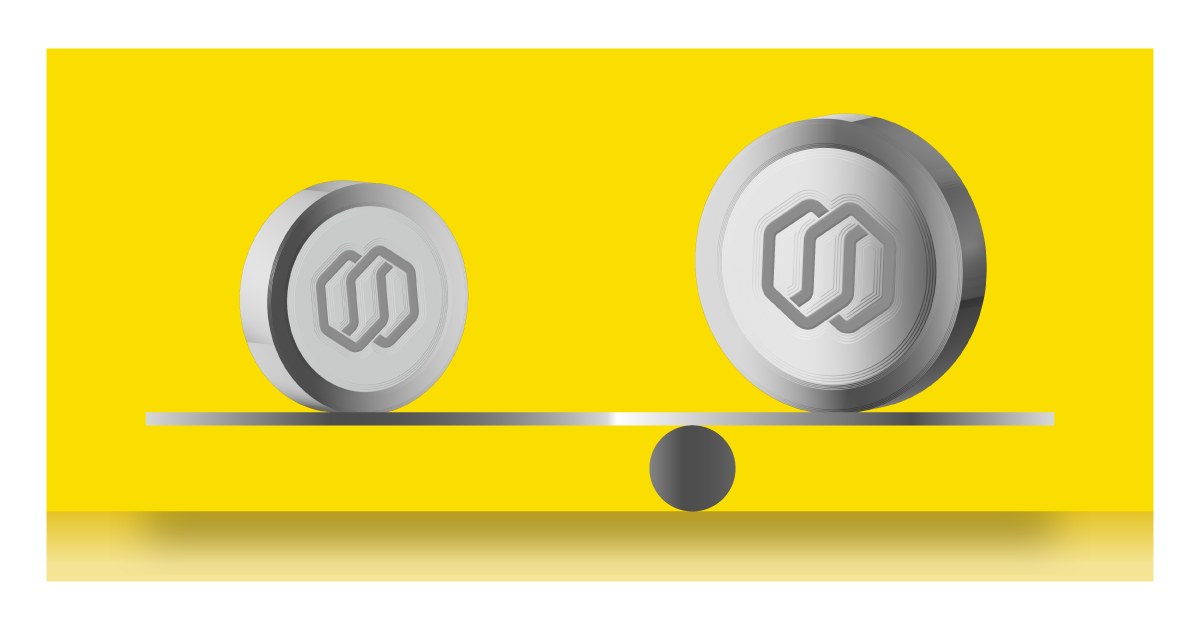 People living in Latin America are struggling now to fight the loss of purchasing power of each country’s currency. One of the possible solutions to this problem comes in the form of stablecoins, a type of digital currency linked to currencies such as the U.S. dollar or the Euro through blockchain technology.

In this post we discuss the types of stablecoins available, what their advantages and disadvantages are, and, above all, the applications that can benefit a company that decides to employ them in its day-to-day business.

What are stablecoins and how do they work?

Simply put, stablecoins are tokens linked to a fiat currency, such as USD or EUR; or in less frequent cases, to a commodity, such as oil or gold. This results in an asset with greater stability than a conventional crypto asset or fiat currencies with high volatility rates, such as the Argentine peso.

In contrast to other cryptoassets, such as Bitcoin or Ether, stablecoins are considerably less volatile, as they remain linked to stable assets. In addition to enabling price stability, blockchain technology makes stablecoins trackable and easily verifiable, boosting their trustworthiness.

Next, we will discuss the different types of stablecoins, and discuss how their functionality is often linked to the type of assets backing them.

Fiat-backed stablecoins are those that hold a reserve of traditional currencies as collateral, securing their value. Typically, companies that use stablecoins issue regular, auditor-verified reports. This is to ensure that they do indeed have the fiat currency reserves in their accounts that back up each unit of digital currency: that is, that there is one unit of fiat currency in the issuer's account for each asset issued.

One of the most important and trusted stablecoins is USD Coin (USDC), which is backed by the US dollar and is used by Visa, Mastercard and other reputable financial institutions.

Currently, USDC has a market cap of ~$43 billion USD. Users can access USDC through cryptocurrency exchanges like Coinbase or Binance; at these exchanges, users can purchase USDC with units of fiat currencies.

The fiat-backed stablecoin with the largest global market cap is Tether (USDT), with a stake of ~$70 billion USD. However, it has provoked controversy regarding the limited transparency for its reserves.

Centralization: Though for some centralization is a disadvantage, some users of these stablecoins might see central issuance as a reason for trust. Users and service providers can hold a single entity accountable for decisions regarding the stablecoin. Likewise, the stablecoin’s adaptability to the market environment might increase thanks to centralized decision-making.

Centralization: on the flip side of the last benefit, many argue that centralization creates a single point of failure for a stablecoin. If the central issuer comes under scrutiny, the whole system can be brought into question (as has happened with Tether).

Lack of regulation: in contrast to bank deposits, which are guaranteed by many governments, stablecoins are not regulated by any national government. Consequently, companies should take care to select a stablecoin that has a good reputation for compliance.

Another class of stablecoins uses crypto assets as collateral to achieve a stable value. The most important example of this kind of stablecoin would be DAI, which has a market cap of ~$6 billion USD.

This is one way to deal with a possible collapse in the value of the backing cryptoasset. If, for example, you had an ETH reserve worth $2 million USD, by having stablecoins equivalent to $1 million USD in circulation, you would be protecting the stablecoin from a drop of up to 50% in the value of its backing.

These stablecoins have the advantage of not having a direct link to the U.S. financial system, which can be attractive to people who wish to avoid control by the U.S. government.

In addition, crypto-backed stablecoins offers users a level of decentralization, in that there is no central issuing institution. Instead, a neutral set of smart contacts control the issuance and redemption of the token.

However, crypto-backed stablecoins remain somewhat limited in their utility because they can still be affected by volatility in crypto markets. Because stablecoins like Dai are backed by crypto-assets, price collapses in those reserves can jeopardize the price stability of the stablecoin.

Theoretically, two benefits of algorithmic stablecoins would be autonomy, as they require no central issuing institution, and scalability, given the absence of capital constraints in the backing asset.

However, algorithmic stablecoins have proven to be very risky, most notably in this year’s collapse of the TerraUSD (UST) stablecoin. In May 2022, the Terra stablecoin lost its peg and plunged to zero, wiping away almost 45 billion USD in market value.

Stablecoins are proving to have concrete use cases for enterprises operating in the global economy. In this section, we identify 3 areas of opportunity that may be attractive for any company to implement the use of stablecoins.

Transactions through stablecoins can cost fractions of a cent, regardless of the amount sent. In contrast, a traditional provider can charge up to 3% of the total for each transaction.

By eliminating the need for intermediaries, blockchain technology can also ensure less risk for both the sender and recipient. When the only parties involved in the transaction are the sender and the receiver, speed is increased and the cost is reduced.

Consequently, stablecoins can serve as an alternative to systems such as SWIFT. Using stablecoins, a company can send a payment to its suppliers abroad in seconds and at a low cost, or receive payments from its customers that are automatically reflected in its account, no matter where they are made from.

B2C companies can also use stablecoins to their advantage since they reduce the volatility of assets and can enable powerful cost savings.

Remittances are a paradigmatic example for the power of stablecoins. According to World Bank data, average remittance fees cost 6% of the sending amount. For example, if a consumer transfers $200 USD from the US, the recipient in Mexico would receive approximately $188 USD.

Stablecoins are already disrupting this cost structure. Even traditional remittance companies are integrating stablecoins into their services. MoneyGram, for example, is now enabling cross-border transfers with the USDC stablecoin (on the Stellar blockchain).

As mentioned above, since the beginning of the pandemic, many countries in Latin America have seen a double-digit decline in the purchasing power of their currencies.

In this context, converting a local currency into stablecoins can be a security measure to protect income and savings from the risk of hyperinflation.

Financial institutions are already enabling access to stablecoins for savings purposes. For instance, Mercado Pago, a leading regional digital wallet, in December launched crypto services for its Brazilian users, which include the ability to buy and store Pax Dollar (USDP), a fiat-backed stablecoin.

The growing stablecoin economy has the potential to transform the way companies manage their finances and propel their growth. Leveraging stablecoins, companies can enjoy the benefits of blockchain technology and access greater speed and stability for their funds. Especially in emerging markets, stablecoins enable companies to focus less on monetary instability and more on winning the loyalty of their customers.