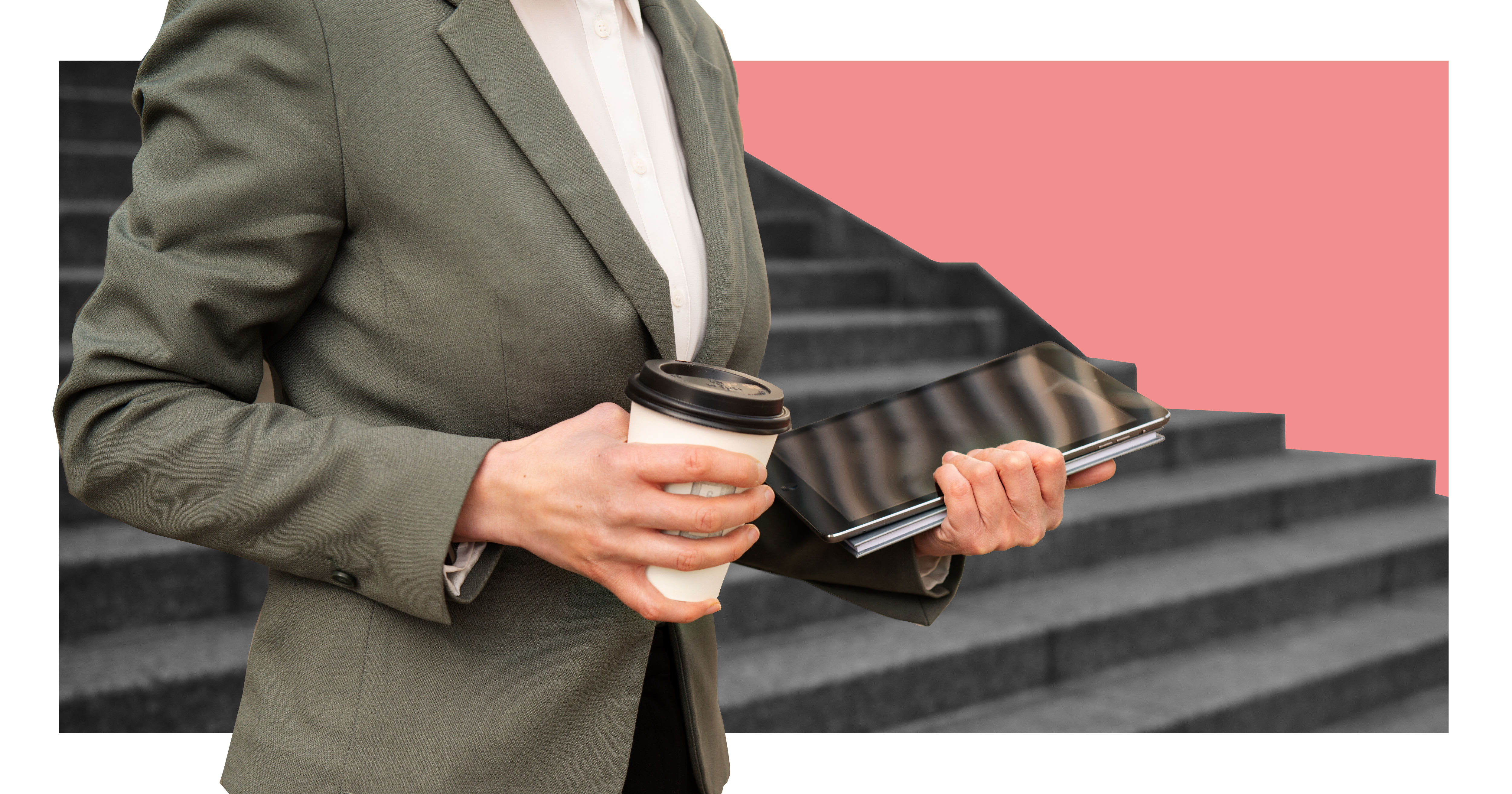 Closing the gender gap in the financial sector is no easy task.  But thanks to the resilience of many women who rose through the ranks of financial corporations, a once extremely men-dominated and traditional industry is gradually opening up and becoming more inclusive.

According to a Finnovista report, companies with gender diversity in the financial sector have 25% better performance than peers with executive positions held entirely by men. Despite this significant difference, women in finance still encounter many challenges as they aspire for more leadership roles.

Tribal, a crypto-powered platform for B2B finance and payments, sees gender balance, inclusion, and equity as key to building a human-centered work culture that values diversity. We spoke to women on the Tribal team to get their views on how they navigated the financial world of work, how they managed to overcome challenges, and how they continue their journey of grit and resilience.

The financial world taught Lyssette Alatorre De Koster that patience is the key to success. In the mid-nineties, it was rare to find women working in finance and most universities in Mexico City didn’t offer any specialized majors.

The now Sr. Product Manager at Tribal had to wait a year to be admitted to the Finance department at the university, but that did not stop her from joining a prestigious bank, where she  led products, projects, and sales.

Lyssette believes in the importance of women support networks. If more women support each other, they will be more empowered to unite and form a sorority that can move mountains, she says.

Falling in love with finance can sometimes be challenging, but it takes believing in your strengths to follow your dreams and turn your passion into a success story. Nancy Zapata, Lead Account Executive at Tribal, reflects on her career path in the world of numbers.

Society is open to seeing women in professions that were mostly dominated by men, especially ones that have to do with finance and accounting.  This is evident in the growing number of women joining the ranks of finance management. We are still far from gender equity and salary equality, but at least we are opening the doors to future generations, says Nancy, adding that startups are breaking the traditional gender paradigms by focusing on diversity.

For Nancy, March 8 is a very significant day, due to the fact that it serves as a reminder of how powerful women are. "To be leaders we must believe in ourselves, there is nothing that is unattainable," adds Nancy.

¿What would women be without their power of resilience? You could say it is a gift. Resilience helps to cope with life's challenges; it is an instrumental force needed to overcome difficulties.

For Amira Fadel, Tribal's Regional Manager for the Middle East and North Africa, the support among women, her family and work colleagues, is the factor that has led her to evolve as a professional and a woman.

Without a doubt, there are challenges in any industry, but in finance, you have to keep your knowledge up to date to stay on top of trends and evolve quickly. Arguably, this is the same thing that is happening to women in the financial world.

The industry is transforming rapidly, as women are found in every field today, and that number is changing rapidly the more attention we pay to it.

It is time to encourage more women to be open to different roles and opportunities, as well as to lose the fear of taking risks. That's why it matters that more women work in work environments that support developing full potential and achieving aspirations.

Let's encourage women to join financial firms that focus on gender diversity, with an inclusive culture and enable them to succeed and advance in their roles.

Investment is not at odds with gender equality

In 2018, entering the financial market for a woman represented a challenge and Pricila Franco de Almeida, Jr. Talent Acquisition Manager at Tribal, overcame it.

Although it was very interesting to work inside an investment firm, the environment in a startup makes you fall in love with the industry more thanks to the diversity and women empowerment.

For Pricila it is a very important thing to help people enter the financial markets. From a human resources point of view, this is changing in many companies "My mission", says Pricila, "is to empower all women and show them that they are capable of doing what they set out to do, because sometimes they put limits on themselves. Today you can be whatever you want and have a higher salary".

Flora Moreira, Account Executive at Tribal, has a great love for languages, which is why she studied International Business.

For Moreira, getting to where she is now is sometimes complicated because the majority of Head of Sales are men in the sector.

However, this has not been an impediment to take a relevant role within the industry, because even though she is young and is questioned, she always behaves as a professional in order to ensure that the treatment is equitable and equal.

Even though the numbers are not so good in the financial sector, we should not limit women and work on diversity and inclusion initiatives or groups.

The financial sector is very broad and Tammie Pearson, Sr. Program Manager at Tribal, is well aware of that. Throughout her career, she has worked for well-known companies, but the road has not been easy, as being in a predominantly male-dominated industry is not easy.

Using the voice of experience, Tammie Pearson assures that from the 1990s to the 2000s, there was a recognition of gender differences in the financial market. This is because the collective consciousness has undergone a sea change in the way people treat each other, having an impact on women mobilizing to support each other in the last decade.

This change allowed women to be on a course toward leadership and autonomy of their times, due to the fact that many years ago there was an expectation that women would take charge of the household without having the opportunity to develop in the working world.

Each professional has her own story and her own struggle, yet each has the vision that women should not forget about sisterhood and resilience.

Within any industry, they still face multiple challenges such as getting more women into senior management positions. Fortunately, this has become an incentive for women to take on the challenge of running businesses and dream big.