The semiconductor crisis and the automotive industry: What's going on? 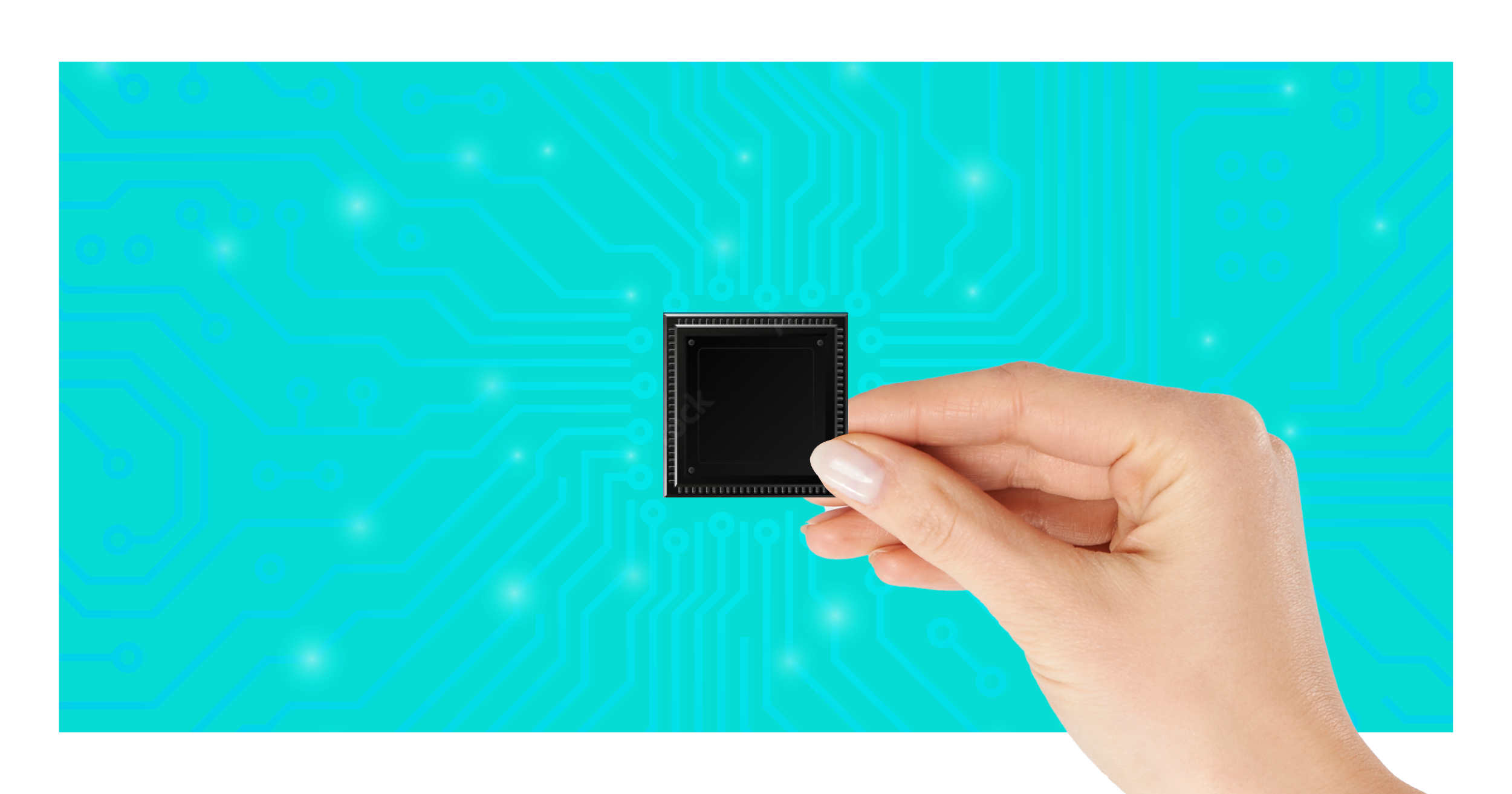 Imagine for a moment what your life would be like without electronic devices. How many have you used in the last 24 hours? How many do you have at home? A bit complicated, isn't it? That's why the semiconductor crisis has us in check.

From smartphones to servers, automobiles, industrial automation systems, and home appliances, to critical infrastructure and defense systems, they depend on them.

Hence, the alarms issued by the industry in the face of the semiconductor crisis are not an overstatement, since the global shortage is generating the perception of a new standstill in the world economy.

And the fact is that, in the same way that today it is placing it in trouble, it was also a key element in its most recent and significant advances. Figures from Deloitte estimate that, since 2000, semiconductor production has risen by 180%.

In this context, the consulting firm also estimates that by the end of this year alone, the semiconductor market could generate revenues of more than $543 billion USD.

Precisely because of the interest that several industries have in this issue, in this article we explain what is happening with semiconductor supply, why there is a shortage, how it impacts key sectors, and what the outlook looks like for the rest of the year.

What is the relevance of semiconductors?

Semiconductors are essential components of electronic devices. You could even say they are like their nervous system.

Over the last 50 years, the development of semiconductor technology has been fundamental to the design of smaller, faster, and more reliable devices. These are products that are highly complex to design and manufacture.

A single semiconductor contains as many transistors as there are stones in the Pyramid of Giza, and there are currently more than 100 billion integrated circuits in use around the world.

There is a third category, which is the one that performs both processes. These are known as Integrated Device Manufacturers (IDM), including Intel, Samsung, Fujitsu, AMS and, of course, IBM.

To get an idea of its specific dimension, the Boston Consulting Group points out that no other industry has the same percentage of investment in Research and Development (22% of annual sales) and capital expenditure (26%).

This is why, in terms of semiconductor supply, all countries are in an integrated network along the supply chain. Based on this and on market freedom, it is possible to move materials, equipment, intellectual property, and products around the globe.

The demand for specialized expertise on a large scale to meet the growth rate of the semiconductor industry has resulted in an equally specialized and localized supply chain, mainly in the MDIs of Southeast Asia.

Against this backdrop, finding a solution to the semiconductor crisis has become extremely complex. It is therefore worth understanding how we got here so that, in the face of its eventual resolution, we can synthesize valuable learnings.

What is the reason for the semiconductor crisis and shortages?

Like many of today's industrial problems, the semiconductor crisis dates back to Covid-19 (which is not to say that some of them existed previously).

Now, to put it in general terms, the current semiconductor shortage is due to a phenomenon of over-demand: there are many consumers in the market, but there are few products available at a reasonable price.

According to Gartner, any organization in virtually any sector requiring semiconductor integrated circuits is currently suffering constraints as of the beginning of 2021 (Gartner also developed an index to measure the state of each industry).

It was precisely between Q4-2020 and Q1-2021, when the exponential growth of remote work began to increase the demand for electronic products, major manufacturers had to act quickly.

That is, they were torn between a total industry shutdown due to force majeure or taking advantage of the huge demand for their products.

Initially, there was a general adoption of measures to speed up processes; however, companies were faced with the stoppage of many foundries and fabless due to the health emergency, which ended up collapsing the semiconductor supply chain.

Pretty much the same scenario prevailed during 2021. Not only was public health uncertainty a constant, but this was compounded by what can only be called a series of unfortunate events for the semiconductor industry.

From Delta variant outbreaks in Malaysian foundries, flooding in one of Japan's largest fabless plants, a harsh winter in Texas, to the cargo ship that stalled in the Suez Canal... In short, the list is too long to enumerate and would seem worthy of a science fiction movie script.

In this context, and as the health crisis eases its restrictions, both the semiconductor manufacturing industry and those that use semiconductors as a primary component of their products are re-evaluating their strategies.

Let us look at an example that brings this explanation into reality.

The semiconductor crisis in the automotive industry: a case in point

As we have already pointed out, the main dilemma faced by thousands of companies and large sectors was to neglect a large demand in a scenario of economic crisis.

Towards the end of 2020, in the automotive industry, what specialists call pent-up demand took place: an aggressive increase in demand, after a period of retraction in spending.

Another way of looking at it is that, after a period of financial conservatism, consumers began to show a willingness to spend more heavily. Indeed, once the health risk was well established, many people saw in a car the added value of prevention against contagion.

Now, from the other side of the counter -that is, inside the car assemblers- what was observed was an error of judgment in the planning of supply chains.

Automakers did not consider semiconductors as critical elements of their processes. Of course, they were not unaware of their importance, but they had delegated their relationship with semiconductor manufacturers to third parties, which detracted from their visibility and understanding of the looming problem.

Faced with uncertainty, they decided to place their semiconductor orders on indefinite hold. In contrast, appliance or assembly companies in Asia, which had faced shortages of these products before, decided to go ahead with their delivery schedules.

Thus, just in Q4-2020, when the entire semiconductor network was compromised, and the demand for vehicles escalated aggressively, automakers could not but cancel purchase orders everywhere. In that sense, the automakers' strategy lacked proactivity.

Taiwan's TSMC told Reuters that the automakers simply never called until it was too late, and then tried to act as if they were their best friends.

This resulted in semiconductor manufacturers prioritizing other industries to supply them with a precious and scarce commodity (which, incidentally, did not entirely alleviate their own difficulties either).

The outcome of this lack of foresight led to a loss of around 13 million vehicles on a global scale, representing 15% of the annual production volume.

Today, however, with the outlook looking a little more positive, consumers looking to buy a car are faced with high prices and limited inventories.

This situation has the automotive sector waiting for the supply of semiconductors to return to normal in order to take advantage of the accumulated demand.

Faced with the semiconductor supply challenge posed by electric vehicles and autonomous vehicle experiments, the automotive industry must prepare a much more proactive approach.

In order to contribute to this, we have compiled some tips to outline - at least in theory - what this new approach would look like.

The following are some of the lessons we gathered from various sources (KPMG, McKinsey, Clúster Industrial) that have analyzed this issue and the possible solutions that the sector can adopt in the short and medium term.

The light at the end of the circuit

History has shown us that predicting the future is more on the side of magic than science. Still, there are organizations that are trying to get ahead of the possible scenarios that the near future holds for semiconductor supply.

J.P. Morgan, for example, suggests that by the end of 2022 we should be witnessing the beginning of the end of the semiconductor crisis. The availability of these products will increase, but unfortunately, it will not be the same for all industries.

This institution takes up Volkswagen's estimates, which consider that it will not be until 2024 when the type and quantity of semiconductors required by automakers will be in the best conditions.

For its part, KPMG maintains that in Europe and the United States there are plans for an accelerated expansion of semiconductor manufacturers in the face of growing political pressure to build production plants locally.

This continues a position of concern regarding the West's dependence on Asian suppliers for this product, which is a cornerstone of its business activity.

With the automotive industry as an example, political leaders in these regions are considering encouraging local semiconductor manufacturing as a matter of economic and even national security (since semiconductors are indispensable in any modern security system).

In short, although the current semiconductor crisis may seem to be a temporary issue, it will be helpful for the automotive industry to design supply networks and commercial tactics to ensure its appeal and competitiveness in the new mobility business in the coming year.