Nearshoring: what it's all about 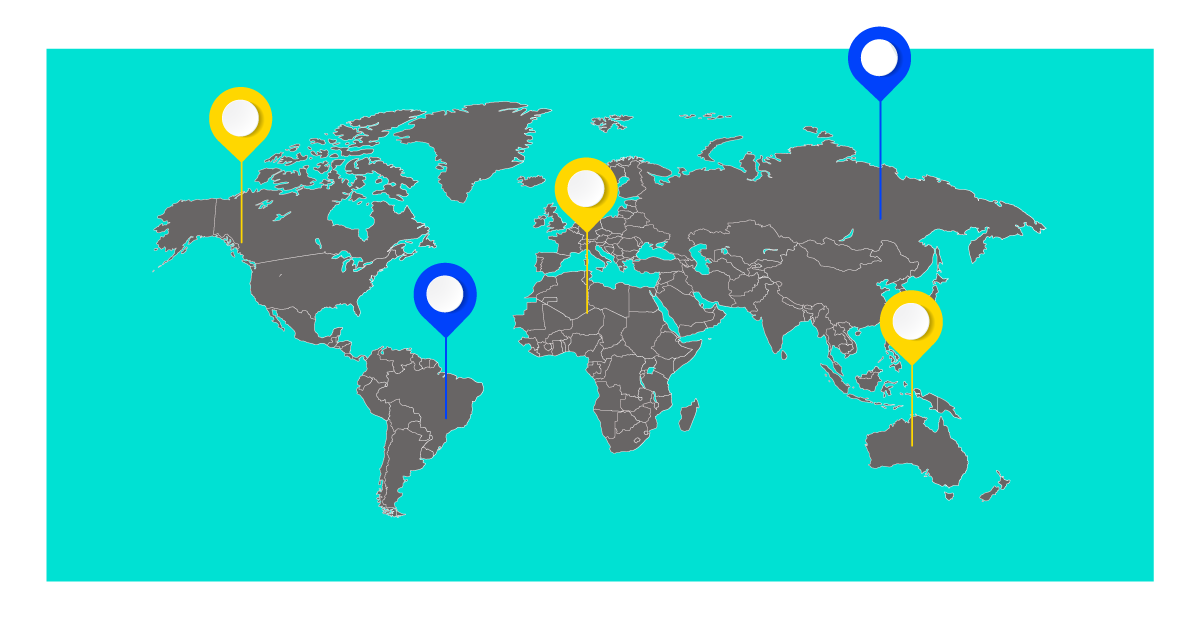 Outsourcing models such as nearshoring have become an alternative for growing companies, especially those facing the complexities of taking their offerings beyond their borders.

The main reasons for resorting to this kind of service are low costs, which, according to Deloitte, will continue to decrease as supply and competition grow.

Especially in Latin America, where the Inter-American Development Bank forecasts that nearshoring could represent an increase of up to $78 billion USD in new exports of goods and services in the automotive, textile, pharmaceutical, and renewable energy industries, among others.

However, as the nearshoring industry in particular, and outsourcing in general, grew and diversified, new components in their business models showed that it is not bread and butter.

Therefore, in this post, we want to share with you some of the perspectives that make nearshoring an alternative to growing your operation, without compromising the future of your company.

How nearshoring is different from other business models

Nearshoring is the model of professional outsourcing activities an organization hires in a country close to its headquarters, where the average salary and the general cost of manufacturing and/or production are lower than in its country of origin.

A definition like this gives us a clear picture of what nearshoring is all about, however, it also brings us closer to other similar concepts.

Models such as outsourcing, onshoring, or offshoring, among others, share certain similarities with nearshoring. This may lead us to wonder what their specific differences are, as well as the context in which each is appropriate.

So let's take a closer look at what they are and how your company can use them to its advantage.

Perhaps due to its popularity in recent years, outsourcing has become the common thread running through the entire outsourcing spectrum. Indeed, to speak of outsourcing and outsourcing is practically the same thing: it is the term under which the industry is grouped.

Now, outsourcing is understood as the agreement between a company that hires another firm to carry out the planning of a business unit, or a series of pre-established activities.

It is a common practice used by companies to reduce costs or to make up for expertise deficits, especially in areas that require a large number of highly technical operations.

Generally, these services cover areas such as customer service, accounting, marketing, or software development. This is mainly because many companies do not need to develop these types of capabilities in-house, so it is a better financial decision to hire specialized providers that already have the necessary human and technical resources to perform these functions.

Let's think about the following example: your company is a wholesale marketer that needs to start positioning its services in digital channels.

In this case, it would be financially and operationally more viable to use a digital marketing agency to develop a positioning campaign in a few months (even weeks), instead of hiring, training, and monitoring a business area outside the line of business of your company and the technical knowledge of your team.

In addition, this helps to reduce the risk involved in setting up a new department in your company, since outsourcing services can be hired on a temporary basis. So in case, the marketing campaign does not give the expected results, you can terminate your business relationship with the agency with no further repercussions.

Now that we have established the scope of outsourcing as an industry denominator, let's look at the different variations that exist.

Onshoring is a type of outsourcing that occurs within the same country, but in different cities. This model provides hiring companies with the assurance that there will be no significant cultural differences between their internal and external collaborators, facilitating communication and workflow.

It also has the advantage that the hiring company does not invest its capital outside its borders, thus contributing to job creation and growth in its own country. However, this does come with its own pitfalls, as it generally translates into high costs and a higher tax burden (especially when compared to other outsourcing models).

To continue with our example, our Mexico City-based marketer can look for a supplier outside of the city's metropolitan area, as this ensures continuity in quality and knowledge of its target audience at a lower cost. In addition, due to the fact that remote work is becoming more and more common in all sectors, the offer of suppliers is abundant.

Companies that resort to offshoring take advantage of cost differentials: they can take part of their operations to countries where even high costs mean savings for the contracting companies.

This type of practice is recurrent in companies established in the United States or the European Union, which outsource part of their services to emerging markets, such as Latin America or some Asian countries. Basically, the great advantage of offshoring lies in cost.

However, it can also be a risky bet without proper preparation: just as onshoring provides greater support in terms of cultural issues, offshoring considerably reduces it, as language and customs barriers come into play. For this reason, best practices should be followed before integrating offshoring into a company's operation.

In addition, while the incentive to reduce costs considerably may be enough for some companies, the ethical implications of offshoring have been questioned for some time now.

Some organizations point out that performing the same activity for lower compensation is detrimental to the professionalization and entry into formality of workers in emerging markets. In addition, certain companies have taken advantage of this model to reduce the workforce in their respective countries of origin.

Therefore, it is important to mention that each of these outsourcing models has its own legal implications. In this regard.

A note on the regulation of outsourcing

After analyzing the different types of outsourcing, it is of primary importance to emphasize that with its boom, the authorities of different countries imposed regulatory frameworks on the industry, especially in light of bad practices that occurred under the protection of a lack of adequate standards.

For instance, in Mexico, an outsourcing reform was recently approved that prevents companies from hiring third parties to perform activities that correspond to their line of business. In other words, a software company can outsource marketing services, but not programming, as this would be a violation of the Federal Labor Law.

Given that regulatory frameworks change depending on each country, we recommend due diligence before making a decision that could mean a predicament for your company. We suggest this resource from the consulting firm Cuatrecasas that compiles the most important legal changes in the Latam region in recent years.

After making a distinction between nearshoring and some of the main types of service outsourcing, as well as their shared features, it is worth asking ourselves: what are the specific advantages that nearshoring offers over other models?

We can summarize them in three if we consider the reduction of operating costs as a constant in all types of outsourcing.

1. Save time and energy

Note: it's not only about the amount of money you pay for the service, but also about the results you get.

Let's start by pointing out that a recruitment process is costly, especially if you're looking to attract the best talent available. A nearshoring company already has this in its ranks, so it's one less task to occupy your team with.

Then, since the hourly cost is lower, you have more resources to invest in the project, which provides an extra safety net for all your employees involved (internal and external).

Finally, because nearshoring service providers recruit talented people with a broad level of experience, some of your employees may be encouraged to learn and get involved in a new area, strengthening their profile and the value contribution they bring to your company.

According to a survey conducted by Grammarly, 96% of department leaders believe that effective communication with their team is essential to achieve their business objectives.

Geographic proximity not only helps to reduce language but also cultural barriers. The work ethic and the customs that comprise it are a value that changes from place to place.

When to implement nearshoring

Given their specific differences and advantages, the following checklist may provide some guidance in case you are considering nearshoring services:

A well-designed and properly implemented nearshoring strategy can mean a significant boost for your company. At the same time, you strengthen your reach beyond your borders and strengthen your position in the local market.

Properly executed, a resource such as nearshoring can also help you establish business ties with suppliers that can bring valuable expertise, not just an external workforce.